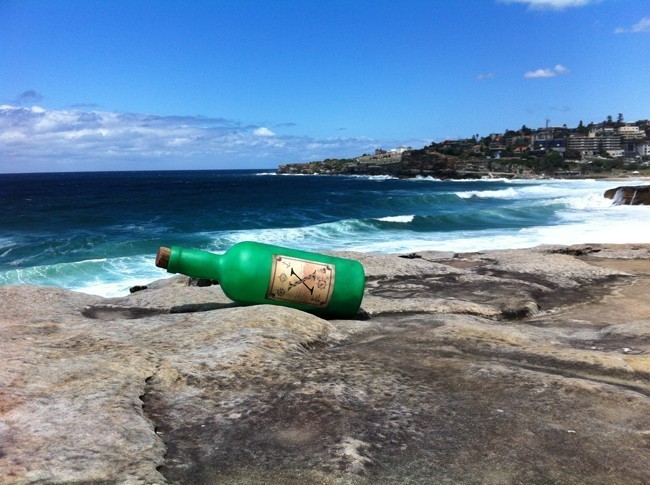 Until 1976, a pair of bronze mermaid sculptures sat atop Big Rock at the northern end of Bondi Beach. Bondi Advertising created an initiative, to revive these greatly revered seaside icons. ‘Message in a Bottle’ was a part-real, part-virtual installation featuring 3D digitally rendered mermaid sculptures.

Through Augmented Reality, the sculptures could be viewed in bronze, marble, wood and even red jelly via specifically created iTunes and Android Apps. Simply by aiming the smartphone or tablet at digital markers embedded in the bottle, the Bondi Mermaid would appear on screen and in situ. This image could then be captured and shared directly via social media.